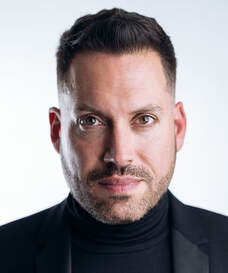 Ensembles under his direction have toured throughout Europe and North America, performed for theAmerican Choral Directors Association and the California Music Educators conferences, and were awarded first and second places at the San Luis Obispo International Choral Competition in 2011. In 2015, MaestroVallée was the runner-up for the American Prize in Choral Conducting. Dr. Vallée holds degrees from Laval University, Sherbrooke University, the University of California, Santa Cruz, and a doctorate in conducting from the University of Illinois at Urbana-Champaign.

In addition to his interest in choral, operatic, and orchestral music, Jean-Sébastien is an advocate for contemporary music, making one of his priorities to premiere and commission works by young composers and program rarely performed repertoire. As a scholar, his research interests are varied and focus primarily on Renaissance French music, the oratorical works of Michael Tippett, and conducting pedagogy, more specifically the connection between audiation and gestural communication. Dr. Vallée has been invited to present his research at several national and international conferences in North America, Europe and Asia including the American Choral Directors Association Conventions, Festival 500 in Newfoundland, theNational Collegiate Choral Organization conference, Podium—the national convention of Choral Canada, the Hawaii International Conference on Arts and Humanities, and the World Symposium on Choral Music in Spain (2017) and New Zealand (2020).

Maestro Vallée’s work has been broadcast internationally and can be heard on several recordings, including his recent albums entitled Lux (ATMA, 2017) Fauré & Duruflé Requiems (ATMA, 2018), and Distance (ATMA, 2021) Upcoming activities include concerts at the Liszt Ferenc Academy of Music in Budapest and a tour with the National Youth Choir of Canada in 2022.
www.jsvallee.com 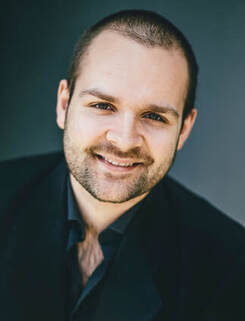 Raised in Wolfville, Nova Scotia, Thomas Burton is quickly becoming established as a dynamic contributor to Canada’s choral community. He is active as a conductor and singer throughout Canada and the United States. Thomas serves as Artistic Director of RESOUND Choir (Durham), Director of Music at Munn’s United Church (Oakville), and is conductor of the Tenor/Bass Chorus at the University of Toronto. Additionally, Thomas works as Co-Conductor of the award winning ensembles Raise Her Voice (Oakville), and the Eastern Horizon Chamber Choir (Halifax).

An advocate for the community building power of music, Thomas enjoys conducting performers of all ages and abilities. He has had the privilege of working with such ensembles as the Pacific Chorale, the Toronto Amadeus Choir, Pro Coro Canada, and the Vancouver Chamber Choir. In 2020, Thomas was selected as Apprentice Conductor of the National Youth Choir of Canada and will tour with that ensemble in the spring of 2022.

Thomas is a recipient of the Iwan Edwards Award in Choral Conducting, the Ken Fleet Choral Conducting Scholarship, and the Sir Ernest MacMillan Memorial Foundation Award. He holds a bachelor's degree in Trombone Performance from McGill University and a master’s degree in Choral Conducting from the University of Michigan where he studied with Dr. Jerry Blackstone and Dr. Eugene Rogers.
"The NYC Conducting Apprentice opportunity came right at a crucial time in my career. I had completed masters studies but didn't yet have an ensemble of my own with which to hone my conducting skills. Master Conductor Iwan Edwards and the choir pushed me to new artistic insights and achievements in a supportive and inspiring environment. The Apprenticeship also provided the incredible podium opportunity of conducting in front of Canada's conductors at the National Choral Conference, Podium. As a direct result of the NYC Apprenticeship, I earned my first full-time teaching position and met some of the people who would later work with me to form the Canadian Chamber Choir (and become some of my best friends!). In turn, the Canadian Chamber Choir is now supporting the building of community through choral singing in all sizes of communities all over the country. I cannot overstate how important this opportunity was for me and continues to be for the next generations of choral leaders in Canada." --Julia Davids, former apprentice conductor 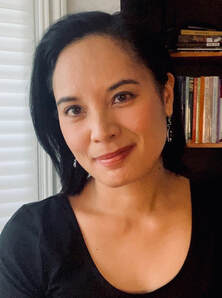 ​Choral Canada is pleased to welcome Irene Gregorio, DMA to the artistic staff of the NYCC 2022 as our collaborative pianist. Irene brings a wealth of experience to this role and we are thrilled to have her as an important part of the 2022 program.

Dr. Irene Gregorio enjoys a diverse and active musical life as a pianist, educator, and music director. As a pianist and chamber musician, she has collaborated in recital with members of the LA Phil and San Francisco Symphonies. She has served as pianist for the Los Angeles Children's Chorus, the Gay Men's Chorus of Los Angeles, and the University of Southern California Chamber Singers, among others. Her performances as a collaborative pianist have taken her throughout North America, Europe, Cuba, and the Philippines, and she has also appeared on PBS, CBC Radio 2, and on film soundtracks in the LA area.  Dr. Gregorio has over 15 years of experience in the university setting, serving as a staff/faculty in collaborative piano at the campuses of the California State University, East Bay and Los Angeles.  She earned her DMA at the University of Southern California and recently returned home to Canada, where she serves as the Director of Music Ministry at Dublin St. United Church, and Sessional Instructor of Piano at the University of Guelph.